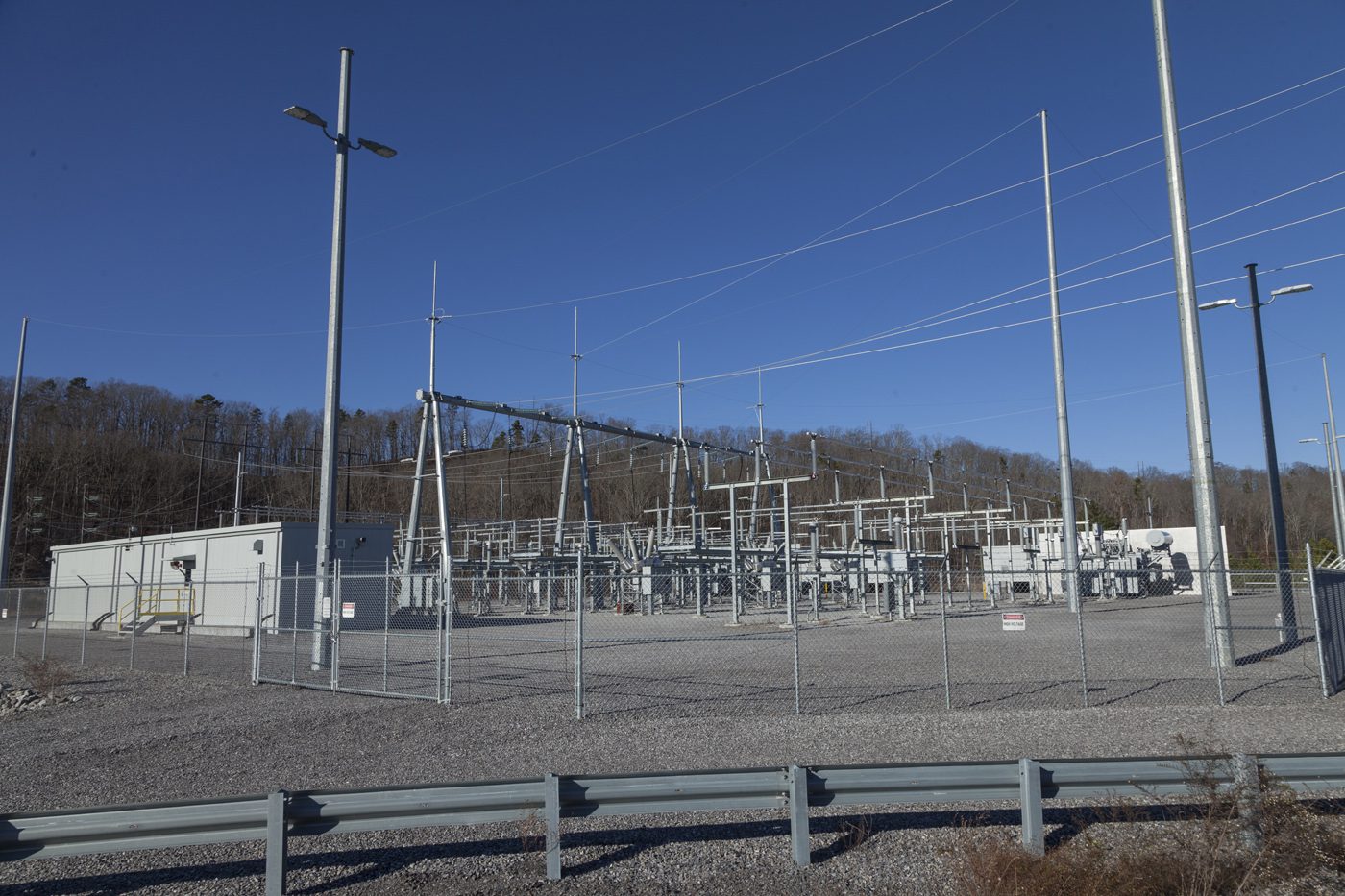 In June, the power supplies for building 9204-02 (beta 2) and building 9201-01 (alpha 1) were disconnected from the Elza-1 substation, marking the final transition of load to Pine Ridge.

The new substation was built as one of seven subprojects of the Uranium Processing Facility (UPF) project. Designed and built by the Tennessee Valley Authority (TVA), construction of the Pine Ridge substation began in 2017 and was completed in 2020 at a cost of $60 million. The project team received the U.S. Department of Energy (DOE) Secretary’s Excellence in Project Management Award for completing $13 million under budget and six months ahead of schedule. This is a 70 MVA (mega volt ampere) installation and includes:

The Pine Ridge substation now fully serves Y-12 and the UPF project. The UPF is one of the DOE’s largest construction projects and investments in Tennessee since the Manhattan Project.

“This is a huge win for Y-12,” said Tim Hutson, director of Y-12 Utilities Management. “This positions us well, from a power distribution perspective, to serve the people and mission of Y-12 for the next two to three decades.”

The original Elza-1 was completed in 1952. Then it was responsible for providing uninterrupted power to run the site. As the main power source for the Y-12, it was rebuilt in the 1990s.

The smaller substation is a win-win situation for the site, according to Hutson. “In addition to the cost and risk reduction benefits, there is an approximately $30 million reduction in deferred costs, as well as a significant decrease in environmental and safety risks.”

The final phase of the transition is fast approaching.

“We can see the end of this effort in the next few months,” Hutson said. “This will mark the end of an era for the Elza-1 substation. It will be cold and dark by October, when TVA begins the process of transitioning the Bull Run stream from Elza-1 to Pine Ridge.

“Looking back, it was a tremendous effort,” Hutson said. “It took a lot of people to make this happen, involving multiple organizations including Mission Engineering, the project organization, our contractor partners, federal customers, the UPF project and TVA. It was an exciting time.

2022-07-29
Previous Post: Hyundai is preparing a new inexpensive electric sedan: could replace the i10
Next Post: MT Ruhl Electrical Contracting, Inc. is at the forefront of decentralized power generation using Generac generators in Blue Bell, PA