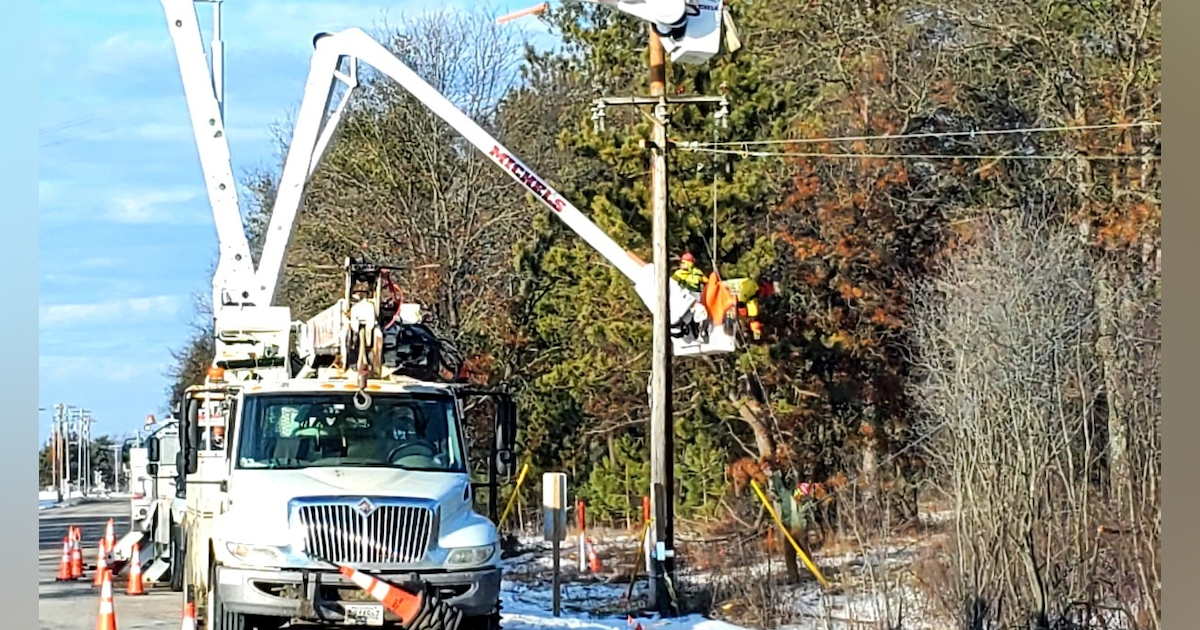 Xcel Energy and Fort McCoy are working to upgrade the facility’s electrical system with a more reliable grid.

Xcel workers and linemen, as well as contract workers, began work this month and are expected to continue network upgrades throughout the year, according to a WKBT-TV report at La Crosse, Wis.

The project is to move from a Delta power system to a star power system,” said Brandon Gronau of Fort McCoy Department of Operation and Maintenance of Public Works Energy Division.

Both are three-phase systems but are wired differently, he said.

Xcel is the electrical privatization contractor for the facility, so it owns all of the substation’s electrical infrastructure.

“Delta can be an unreliable and outdated system,” Gronau said. “We’re the only Delta system Xcel has in the state, so in order to standardize all of their equipment, they made the decision to change us as well.”

The change is good for Fort McCoy’s future, Gronau said.

“Fort McCoy’s role in all of this is resilience,” Gronau said. “Because Xcel is changing everything anyway, we decided we wanted to move all of our overhead power that is inside the underground cantonment area as part of our initiative to make Fort McCoy more weather resistant. ‘energy.”

Crews are replacing poles on South Post to upgrade infrastructure to support change.

Fort McCoy leaders are also looking for ways to improve energy efficiency, Gronau said, which is why he is integrating alternative energy sources like solar power around the post.

They are preparing to launch a pilot program to United States Army Reserve Command to test a combined heat and power (CHP) unit, he said.

“A cogeneration is a generator-type unit that runs on natural gas, producing electricity where the heat generated by the engine is then used to provide hot water either for space heating or domestic water “, Gronau said.

“While providing cost savings for Fort McCoy, it also provides electrical resiliency for powered circuits during a power outage for that building,” Gronau said.