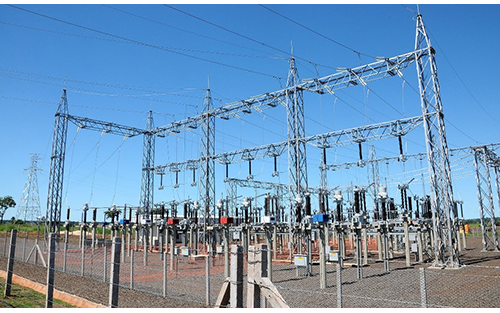 Transelec strengthens its electrical system, improves the robustness of its operations

The PcVue SCADA platform was selected to control the Alto Jahuel substation, the largest in Chile’s national electrical system.


The PcVue SCADA platform was selected to control the Alto Jahuel substation, the largest in Chile’s national electrical system.

With nearly 10,000 kilometers of lines and more than 60 substations, from the Arica y Parinacota region to the Los Lagos region, Transelec is the main supplier of high voltage systems in Chile. More than 70 years of experience in the energy sector underpins their vast expertise, enabling them to provide employment to over 500 workers. They also represent a fundamental piece in the progress of the country, since they are the main electricity transmission company in Chile and transport the energy that reaches 98% of the population living from the north to most of the south, with a 84.5% share of the National Power System.

Transelec’s work is a continuous reinforcement of the electrical system in order to make it ever more robust and thus allow the connection of renewable energies, while advancing towards the decarbonization of the energy matrix. Transelec is owned by a consortium made up of the Canada Pension Plan Investment Board, British Columbia Investment Management Corp., the Public Sector Pension Investment Board and China Southern Power Grid International.

Transelec’s main task is to provide an uninterrupted electrical system in which energy is transported by high-voltage transmission lines from generation sources to cities and industrial and mining users. The substations convert energy into low voltage to distribute it to end users, contributing to the improvement of their quality of life and by extension to the development of the country.

Among its various substations, the Alto Jahuel substation stands out, located in the metropolitan area of ​​Santiago, it is the substation with the largest capacity of the national electrical system, with an installed capacity of 2,554 MVA. It also has yards with all the voltage levels that exist in the Chilean transmission system: 500 kV, 220 kV, 154 kV, 110 kV, 60 kV and 13.2 kV.

Specialist in the development and implementation of SCADA systems, SCADATECH was chosen by Transelec for this project. As part of its global electrical network engineering solutions, the company selected the versatile PcVue Solutions platform for the automation of the Alto Jahuel substation, allowing the monitoring and control of its 7 sites.

Initially, the client did not have local HMIs to monitor the sites from the control rooms associated with each of them, so the operations had to be carried out directly on the control equipment. For this reason, SCADATECH offered PcVue’s SCADA solution to provide a scalable and multifunctional platform that would allow the integration of future requirements and reduce the risk for operators when performing maneuvers by transferring operations to the rooms. control of each electrical park.

Technically, the application allows direct integration with the standard MMS 61850 protocol, in addition to the DNP 3.0 protocol, which was chosen as the basis of the project, as well as the use of the existing adaptable programming within the PcVue platform. It offers the possibility of displaying the dynamic coloring of the voltage levels in the single-line diagrams of the substation according to the standard used by Transelec, in which different types of alarms are indicated according to the aforementioned coloring.

Similarly, HMI stations allow real-time visualization of the status and measurements of the electrical system. It also performs remote control or operation to the field equipment of the IED, having full control and supervision of the existing electrical system. For the control and supervision of the different displays: general unilinear, alarms and events panel, communication scheme and other areas, a menu has been configured on the right side of the screen that facilitates navigation between the different areas. , allowing the operator to perform their tasks locally.

As part of this supervision project, DNP 3.0 and MMS under standard IEC 61850 protocols were used and touch screens were placed in each of the sites, which allows the deployment of applications integrated into the PcVue software. The application collects data from NTX-U57 equipment used for the retrofit of TELEGYR RTUs, which makes it possible to send the RTU database in DNP 3.0 protocol to each of the associated screens.

As an architecture, a star connection was chosen, where the screens have an independent connection per meter, which has the advantage of not depending on the fiber optic links to the substation server room for collect data, but they operate as STAND-ALONE equipment within each yard. Among the equipment integrated into local HMIs are GE D25 bay controllers, protections (ABB-Siemens-General Electric, MICOM), CISCO communication switches and Schneider Electric ION meters. One of the great advantages of PcVue is that it is a multi-brand platform and easily adapts to equipment from any manufacturer.

SCADATECH, the company integrating this project, specifies that it chose the PcVue Solutions proposal because it natively supports different electrical protocols. This feature greatly increases system availability, eliminating single points of failure and reducing development time, since there is no need to configure different applications and interfaces, as is usually done in the integration of communication protocols in the electrical sector. Among other things, the PcVue platform has the highest quality standards at a very competitive price, which facilitated SCADATECH’s preference in the bidding process.

For Transelec, the commitment to the operational excellence of the electrical transmission system and mainly the safety of the company’s employees and subcontractors was a priority and PcVue has important elements to guarantee IT security. Thus, it represents a key factor in facilitating the increase in the level of safety for people and in significantly improving telecontrol for all tension worksites.

SCADATECH is currently developing an application with PcVue to extend local control to general monitoring of the entire substation from a centralized SCADA in Alto Jahuel, which will allow operators to make control decisions in the event of a SCADA failure. principal of Transelec. The application has a general display of the substation, in 3 screens in total, including the 7 voltage sites, local monitoring of networks via SNMP protocol, monitoring of all control equipment associated with the system (temperature and status of each of the more than 90 NTXU57 cards installed between all voltage substations) and the general status of communications between the substation gateway and the voltage substations.

IEC-60870-5-104 is used as the communication protocol, as the monitoring is done with the same existing databases in Transelec’s centralized SCADA, which will also verify the proper functioning of communications within the system.

Indeed, Transelec, with its SCADATECH system integrator, continues to bet on the reliability provided by the PcVue software for the electrical control and monitoring of the Alto Jahuel substation. Given its ability to adapt to different ranges of IT architectures and the ease with which PcVue provides data analysis and therefore rapid decision-making for operators, the platform has been extended to other sectors of the company.

Founded in 1981, ARC is an independent solutions provider based in Paris, France, which manufactures and markets industrial software. Driven by innovation and technical excellence, the company designs products that incorporate the latest technologies, including cloud and mobility solutions.


Did you enjoy this great article?

Check out our free e-newsletters to read other great articles.