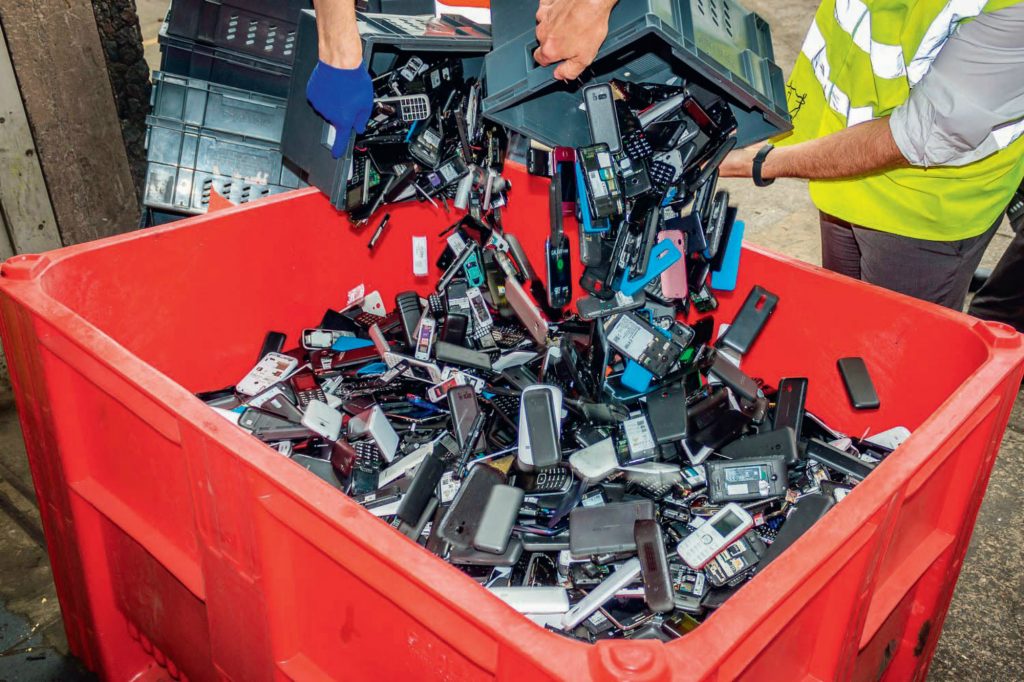 Survey reveals extent of concerns over electrical and electronic waste

A survey by the Royal Society of Chemistry (RSC) found that most consumers are frustrated with the lack of information on recycling or reusing high-tech electronics, including phones.

The Purchasing and Recycling Habits Survey, conducted in 10 countries, also found that 60% of consumers would choose a brand other than their favorite if it made a product more sustainable.

Almost three-quarters of respondents said they believe governments should take urgent action to tackle waste electrical and electronic equipment (WEEE). Most consumers find it too difficult (68%) or too expensive (71%) to repair devices when they break down.

Mobile phones contain so-called “conflict” elements such as gold, tungsten and tantalum; poisonous, including arsenic; and rare elements like indium. Natural sources of six of the elements found in mobile phones are expected to be depleted over the next 100 years.

Just over half of those surveyed were concerned about the environmental effect of used appliances kept at home, but either were unsure what to do with it or were unconvinced that the processes available in their region could effectively deal with WEEE .

Professor Tom Welton, Chairman of the RSC, said: “It is essential that governments and businesses do more to develop a circular economy to tackle the WEEE crisis.

“In the shorter term, we urge everyone to be more aware of how they use and reuse technology.”

The company’s 2019 ‘Precious Elements’ campaign revealed that many people in the UK were unaware of the need to recycle WEEE items containing rare and precious elements. A survey found that more than half of UK households stockpiled unused WEEE and of these, 82% had no intention of recycling or selling on their device.

A survey commissioned last summer by Material Focus – formerly the WEEE Fund, a producer-funded non-profit – found that around 300,000 tonnes of WEEE is thrown away each year by UK households and businesses..

The devices contain up to 379,000 kg of critical and valuable raw materials. Less than 1% of all rare earth elements used in WEEE are recycled in the UK.

“In the UK alone, our research found that we throw away 155,000 tonnes of electrical appliances and accumulate 527 million items in our homes.

“Recycling and reusing electrical devices needs to become much easier to ensure we don’t throw away some of our planet’s most valuable materials – anything with a plug, battery or cable can be reused or recycled. Urgent action by all stakeholders must be taken to resolve this problem.