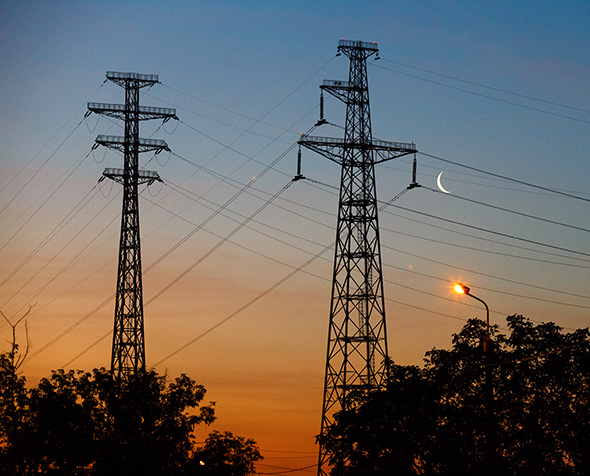 Q&A: Is the power grid prepared for climate change?

Summer heat waves across the country have tested whether America’s aging power grid can keep up with demand – a problem scientists say will be exacerbated by climate changeas severe hurricanes, wildfires and other weather events occur more frequently, disrupting power generation and transmission.

The DU newsroom asked Amin KhodaeiDirector of KLab and Professor of Electrical and Computer Engineering at the University of Denver Ritchie School of Engineering and Computer Sciencehow new technologies, smart grids and active consumers can prepare the grid for climate change.

What challenges does climate change pose to our current electricity grid?

Safety, recreation, work and now more than ever education are highly dependent on a power grid capable of supplying and delivering electricity without interruption. However, extreme weather events and natural disasters induced by climate change disrupt the network and pose multiple challenges to its operation.

The electrical grid has traditionally been designed with two objectives in mind: reliability and economy. Reliability represents the ability of the network to continue the supply and delivery of electricity in the event of limited equipment failures, for example, if one or two transmission lines are out of service. The economic objective of the network consists in selecting the least expensive production mix to produce electricity taking into account the physical and technical limits of the network and the various production units. Electric utilities have mostly succeeded in achieving both of these goals over the past century. However, the increasing frequency and intensity of climate-induced disasters necessitates consideration of another equally important objective: resilience. Resilience is defined as the ability of an electrical network and its components to withstand and adapt to disruptive events and to recover quickly. Achieving resilience is expensive and the increasing number of disasters only makes the situation worse.

How to adapt or modernize the current network to ensure resilient and reliable electricity?

Three factors determine the future needs and challenges of the network. The first two are climate change and the changing energy supply landscape that I talked about. The third concerns consumers. The way consumers use electricity is changing. There is a growing need for better quality power for consumer digital devices. Consumers are also increasingly installing local generation, including rooftop solar panels and residential energy storage systems, causing a two-way flow of electricity from customers to the upstream grid for the first time. The growing use of electric vehicles is another major change, which could potentially double a residential consumer’s peak demand, requiring grid upgrades.

The network must improve its capabilities at the three physical, cybernetic and decision-making levels to meet these challenges. The physical layer needs new technologies such as real-time monitors and microgrids to provide local intelligence to better manage distributed resources. The cyber layer needs up-to-date communications and cyber security measures to deal with the digitized network. And the decision-making layer needs a major overhaul to take advantage of cutting-edge technologies, such as artificial intelligence and advanced computing.

How should the grid be modified to bring new, renewable and reliable energy resources online?

Electricity generation is responsible for 25% of greenhouse gas emissions, just after the transport sector at 27%. In addition to the significant negative societal impacts, these emissions exacerbate climate change which would further disrupt the operation of the network. It is vital to reduce these emissions, which should be done by harnessing clean and renewable energy resources such as wind and solar.

Although these resources are clean, renewable and becoming increasingly cost-effective, they pose some technical challenges to the grid. The first challenge is the intermittency and volatility of generation, which means they cannot generate power all the time, and power generation can fluctuate dramatically within seconds. The network must be modernized to cope with these fluctuations by installing rapid response units, mainly gas, or energy storage, which is expensive. The second challenge is the lack of inertia. Traditional thermal generation units rely on electromechanical energy conversion by rotating elements, providing mechanical inertia that can be offered to overcome small load variations. This is necessary to maintain network stability. Wind and solar energy resources do not offer inertia and therefore cannot support grid stability. Recent advances in power electronics, that is, the high-power electronics used to connect wind and solar generation to the grid, provide viable solutions to this challenge.

Will consumer behavior have to change with the network?

Consumer behavior is in fact changing, transforming consumers from traditionally passive actors in the network to more active actors who could react to network conditions. If a network failure disrupts the delivery of electricity, the future consumer will automatically switch to his own production to remedy this failure locally. If there is no outage, the future consumer will sell electricity back to the grid and will be paid for their contribution to supplying the grid.

However, an active consumer can play a much more vital role in the operation of the network. Many of the technical challenges of the grid, for example fluctuating renewable energy generation, the need for improved resiliency, and even system recovery from disasters, can be solved by active consumers. To greatly simplify, consider what Uber has done for transportation. In the same way that Uber provided a viable and additional option for transportation, active consumers can provide multiple sustainable services for a more reliable, resilient, efficient, and clean electricity grid.