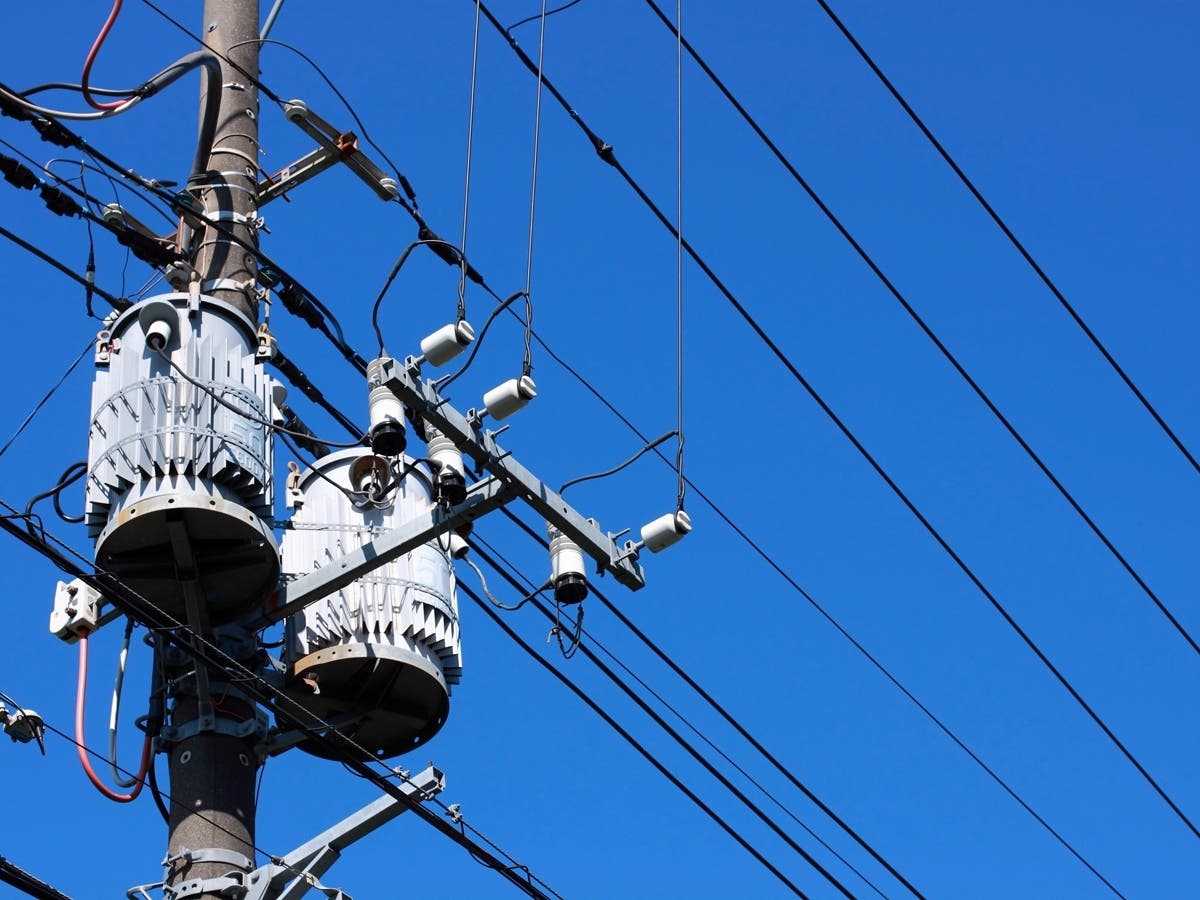 Melisha Beyal grew up in the Navajo Nation and always wanted to settle at her family’s site in Klagetoh. It’s where her family is from and where she grew up, but it’s also in an area that doesn’t have access to electricity or running water.

In fact, her mother left the family site when she was able to move into communal accommodation down the road which had running water and electricity.

Beyal, 38, has lived with his mother all his life and now has two children, with a third on the way. She knew it was time to try to have her own house.

In 2021, Beyal set out to realize this dream. Her family’s family site is along Apache County Road 421, just off US Highway 191, and she obtained her land lease for an area on her family’s land and graded the land so that a house can be built.

In February of this year she was able to place a trailer and it was time for her to work on turning on her lights. That’s when she heard about the Light Up Navajo initiative, which launched its third year last month.

She was encouraged to apply for the program through the Navajo Tribal Utility Authority (NTUA). Beyal said Dilkon NTUA’s office informed her that LUN III would not start until the summer, which she thought was too long to wait.

But during the first week of May, a team from NTUA and the Salt River Project showed up at their original site, ready to connect their new home to the grid.

“It’s pretty exciting,” she said. “This is my first house.”

The NTUA and SRP teams showed up at Beyal’s home around noon on May 2. They installed a pole near his house, connected the wiring, added the transformer and finally clicked on the house electrical monitor. It took the crew about three hours to connect Beyal to electricity.

“It’s been a bit stressful, but seeing it all happen now is a relief and I’m happy,” Beyal said. “It’s something I wanted for my kids because I didn’t have it when I was growing up.”

SRP is one of 14 utilities from 10 states participating in LUN III. SRP was able to connect 56 families to the network during a four-week visit to the Navajo Nation, which began in April. SRP returned to the valley on 8 May.

“People don’t realize that there are still people without running water or electricity,” said SRP lineman Mark Henle, and after working with LUN he finds that a lot of people take that for granted.

“These people are fully enjoying everything since it’s the first time they’ve had it,” Henle said. “All the people in town, they never realized what it’s like to not have that luxury.”

“We take that for granted,” added Marc Seinicki, SRP team foreman. “We are spoiled.”

For Seinicki, this was his second time working for the Light Up Navajo program. He said the greatest reward is knowing that a family’s life will be changed with access to electricity in their home.

“It’s hard work, but you know what we’re proud of is when we’re done (and) seeing that switch go off,” Seinicki said.

Seinicki stood at the bottom of the stairs leading to Beyal’s trailer as she turned on the porch light for the first time, confirming that she had power. Beyal thanked the crew and Seinicki gave a thumbs up.

Beyal said she was looking forward to moving into her home and her children were also thrilled. She said they even started buying furniture for their rooms. Finally, setting up their own house on their dwelling site is a big problem for the whole family.

“It’s really great for me to achieve this,” she said, adding that the next step is to start working on access to running water.

NTUA mate Javier Jim said they work with crews from all over the United States, and some of the biggest challenges the crews have faced are terrain and weather. Areas have been remote and off-road, but spring also brings high winds to northeast Arizona.

Jim said it was a lot of work, but seeing the crews come to the aid of the Navajo Nation has been great because it shows people care.

Thanks to LUN III, NTUA public affairs officer Deenise Becenti said she has not only been able to help families who have been waiting for power for decades, but also young families who have returned to the Navajo Nation. and now live on their family land. .

“It’s a life-changing moment,” Becenti said. “It will improve the standard of living for so many families here.”

Becenti said that since the initiative began in April, they’ve heard all kinds of stories from families who have been connected.

One story that appealed to him was that of a Navajo woman from Kayenta. She lived in a beautiful house in the community and her mother always wanted to return to the family site, but she died before that happened.

The Navajo woman therefore took it upon herself to realize it. She left her house in Kayenta and moved to the housing site, even though there was no electricity or running water.

“When she got hooked up she said, ‘I never thought this would happen, because I grew up here without electricity,'” Becenti said.

Another was of another Navajo woman who relied on a solar panel and generator to keep her asthma device working to full effect.

Becenti said there are a lot of things people don’t think about when it comes to having reliable electricity.

“It was a heartwarming experience for everyone,” she added.

LUN III started in April and the initiative aims to connect at least 300 households, but due to weather conditions and the limited number of teams available, Becenti said they will likely get around 200 by the end of the month. program.

The Arizona Mirror, an independent, nonprofit news organization, amplifies the voices of Arizonans whose stories go untold; highlights relationships between people, power and politics, holds public officials accountable; and provides a platform for progressive opinions. Arizona Mirror is part of States Newsroom, a national 501(c)(3) nonprofit organization supported by grants and a coalition of donors and readers.