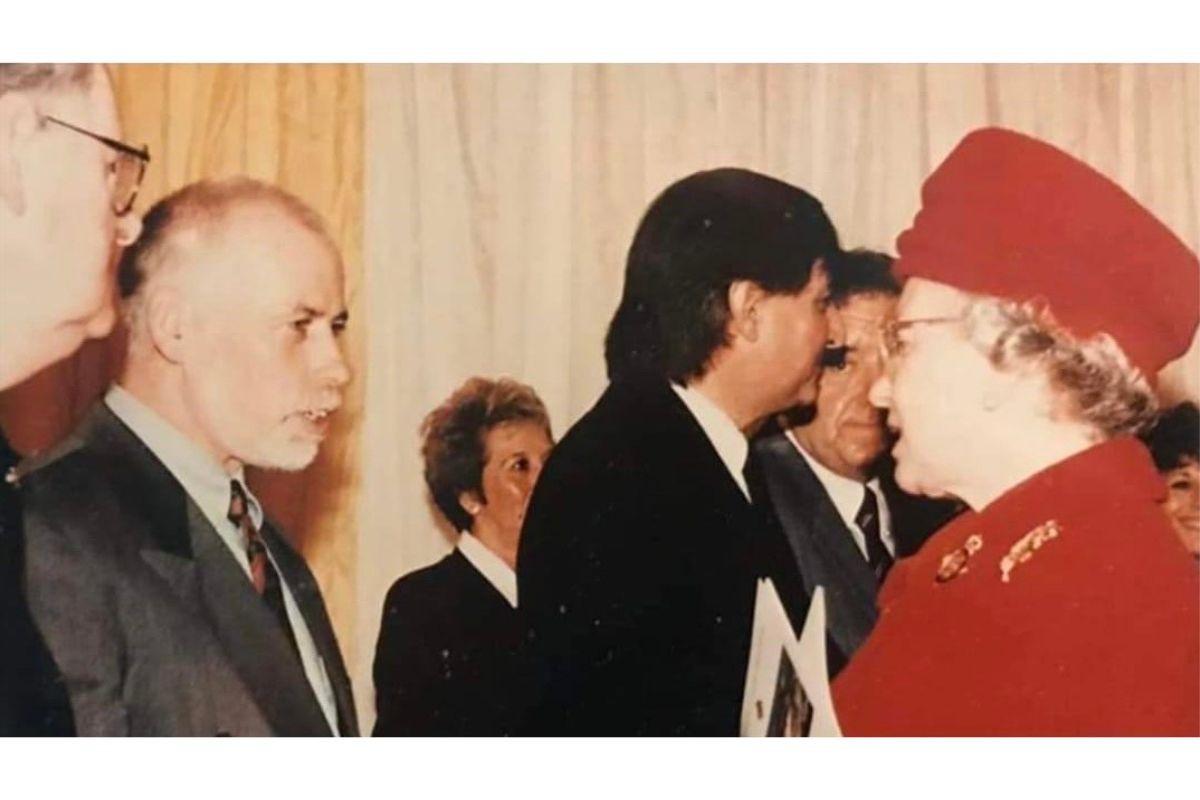 On December 11, 1997, Buckland’s Peter Smith was one of eight Portsmouth Dockyard tradesmen chosen to meet the Queen at the decommissioning ceremony of HMY Britannia.

The day saw members of the Royal Family visit the city for the decommissioning of the Royal Navy ship after being in service for 43 years from 1954 to 1997. Thousands of people attended the ceremony.

In June 1994, it was decided that she would be decommissioned under John Major’s government after it was announced that the costs of refurbishing her would be “too high”.

Peter was one of the chosen representatives in the electrical sector of the shipyard to speak to the Queen and Prince Philip about his work.

Meeting Her Majesty, he says it was “like talking to your mother”.

Peter, 72, said: ‘They wanted a rep from each trade to visit and have a little chat with her.

The Royal Yacht Britannia sails in Portsmouth for the last time before being decommissioned in 1997 Photo: Rebecca Naden/PA Wire

“She pretty much talked about the royal yacht, what I did on it, what job I was in, where I worked and all that sort of stuff.

‘She was wonderful. She was a very nice lady, we had to bow to her. It was like you were really talking to your mother.

During his career as an electrician at the shipyard, Peter occasionally worked on HMY Britannia.

Working primarily on the ship’s engine room, his team worked on the engines and refurbished all generators and the switchboard.

Peter said: “It was an honor to work on it.

“We got to know some of the crew there. It was a very selective team.

Peter says he and his colleagues were told to bow to Her Majesty and call her ma’am.

“She was also very upset with the ship.”

Following the meeting, a party was held where Prince Charles and Princess Anne were also present.

Speaking after the news of the Queen’s death, Peter added: ‘We all had a little tear. She was a very charming woman. I am delighted to share this memory with my family.