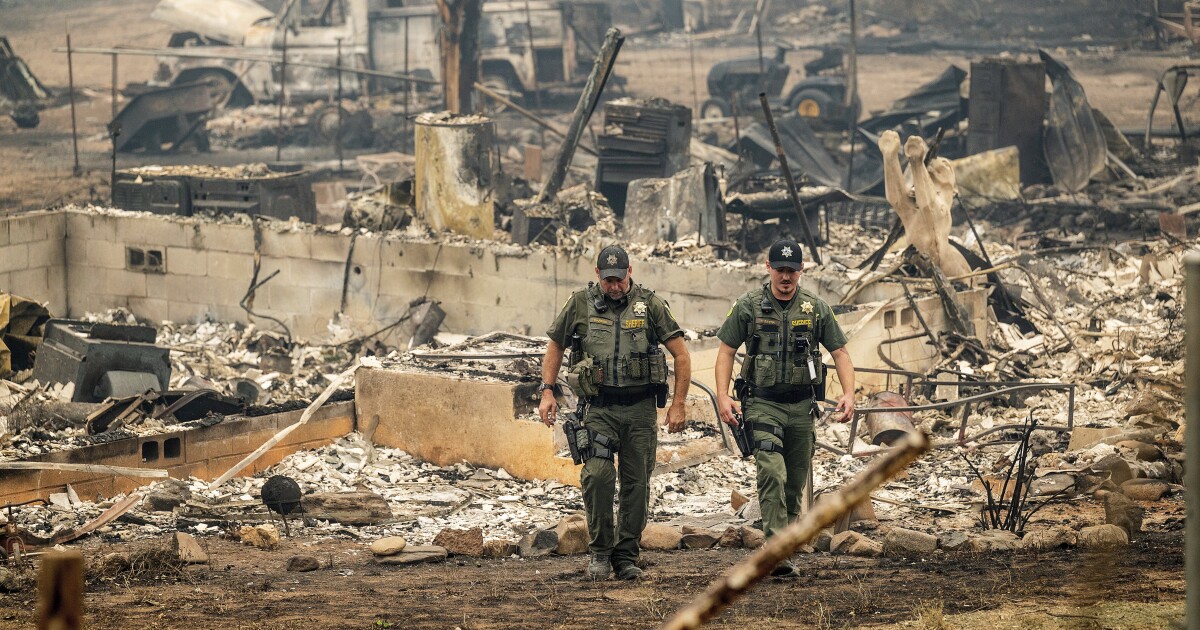 KLAMATH RIVER, Calif. (AP) — The daughter of a 76-year-old man killed last month when California’s deadliest wildfire so far this year swept through a remote town has sued a utility, alleging that his electrical equipment had started the fire.

The lawsuit filed Monday on behalf of Theresa Cogan alleges the McKinney Fire began when “PacifiCorp utility infrastructure contacted or caused sparks upon contact with vegetation surrounding equipment” on July 29 in the county from Siskyou near the Oregon border.

State fire officials have yet to determine the cause of the blaze, which killed four people, destroyed 185 structures and burned nearly 94 square miles (243 square km) of forest. The blaze, California’s largest this year, was 95% contained on Tuesday.

Five days after the fire started, PacifiCorp filed documents with the California Public Utilities Commission indicating that there was an event related to its electrical equipment around the time the flames erupted. The company filed the case “out of an abundance of caution,” according to CPUC records.

PacifiCorp declined to comment on Tuesday. “Our company policy is not to discuss matters in dispute,” spokesman Tom Gauntt said.

Theresa Cogan’s father, John Cogan, died in the fire, along with her neighbors Kathleen Shoopman, 73, Charles Kays, 79, and Judith Kays, 82.

Authorities said two bodies were found inside a charred vehicle in the driveway of a home and the other two in separate residences.

Equipment belonging to another California utility, Pacific Gas & Electric, has been blamed for starting a series of wildfires in 2017 and 2018 that killed more than 120 people and destroyed more than 27,000 homes and other buildings. The damage led to lawsuits and caused PG&E to file for bankruptcy in 2019.

The McKinney Fire started in the Klamath National Forest and exploded when a thunderstorm created strong winds. He burned down much of the Klamath River, a picturesque community of about 200 people.

Scientists said climate change has made the West hotter and drier over the past three decades and will continue to make weather more extreme and wildfires more frequent and destructive. Across the American West, a 22-year-old mega-drought got so bad in 2021 that the region is now experiencing the driest period in at least 1,200 years.