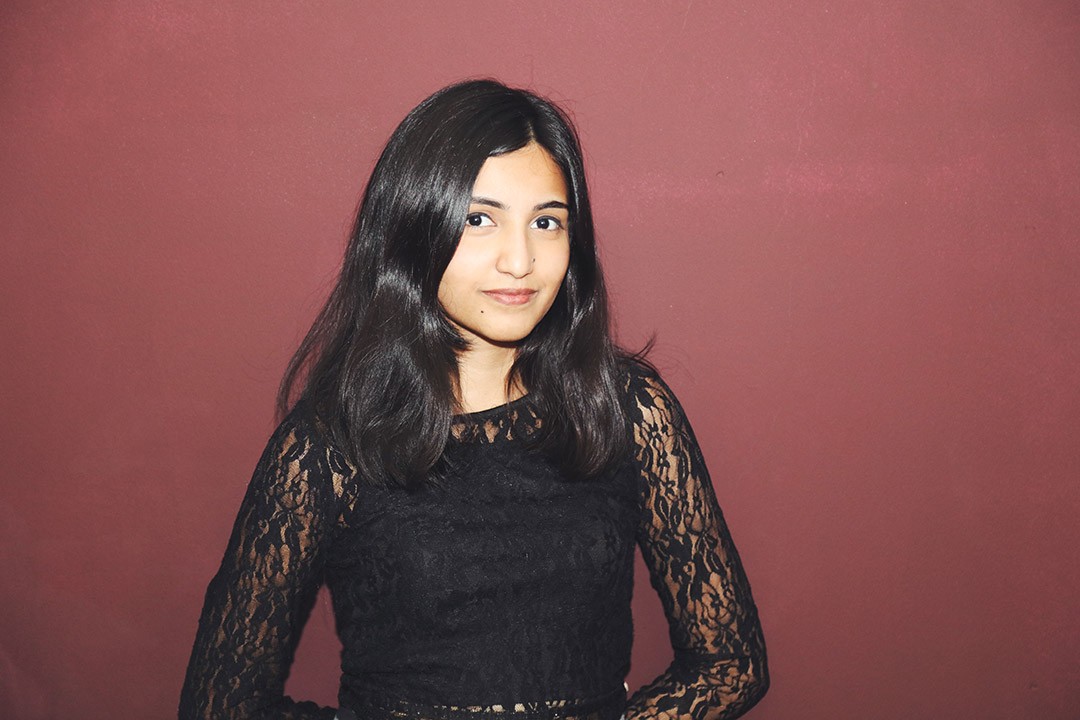 Mridhula Sreekumar will graduate this summer from his fifth year in RIT’s BS/MS program in Electrical Engineering with a minor in Business Administration. Her RIT journey began at the Dubai campus in her hometown, before coming to the Rochester campus to study abroad with Global Scholars in the fall 2019 semester. The COVID-19 pandemic hit during her time in Rochester and she officially transferred to the main campus in 2021 to complete her studies. During her time, she served as a student leader for the athletics department and president of the photography club on the Dubai campus and chair of the student government committee on the Rochester campus. Sreekumar received the Student Government Committee Chair of the Year award, and she also received a Legacy Leader award for her leadership and lasting impact on the RIT community.

What was it like starting out at the RIT campus in Dubai and then transferring to the main campus in Rochester?

The old RIT Dubai campus was two floors in a small building, and you knew everyone. Coming to the main campus, I was not expecting the sheer size of the campus, the amenities and the number of students. From an electrical engineering (EE) class of 12 students, I was now one of five women out of 60 students in an EE class. I think the learning process has increased exponentially because on the main campus we have more resources in the classroom and more clubs and organizations. For example, I created the RIT Dubai photography club to bring together a few interested people. However, on the main campus, there is not only a house of special interest for photography, but there is a major in photography. Besides campus life, I also love the different options I have in my major, including different areas of interest, the dual degree option, the opportunity to work on exciting projects like the switch of cryogenic heat that I worked on that goes into a rocket to cool some sensors for dark matter detection, as well as the various immersions and miners offered on the main campus.

Dubai is a city built on the edge of the desert, and winters here are around 80 degrees Fahrenheit. Rochester’s weather was a pleasant surprise and it took some getting used to with the wind, cold temperatures and snow. The change in culture was also interesting. From student class attire to early dinners to how students addressed their instructors; these are some of the things that are different on the two campuses.

I think the field of electrical engineering is a good hands-on mix of science and math, and technology is everywhere and is the future, so having the skills to interact with it on a deeper level is beneficial. I also like my program because it’s a good mix of circuits, electronics and computer science. My favorite field is embedded systems, which are a mix of electrical engineering and software engineering.

I chose electrical engineering because of its multidisciplinary aspect. I love programming, as well as the hardware aspect of making circuits work or understanding the math needed to make a system work the way it does.

What did you like the most about your participation in student government?

The best part of my position as Chair of the Student Affairs Committee for Student Government has been the opportunity to work on issues that have impacted the student community. Over the past year I have tried to work on many different issues, some of which include resolving our current smoke-free policies, our gym dress code, teaching effectiveness evaluation surveys by students, salary increases, etc. I gained insight into how some of the policies are formulated in academia while improving my communication and leadership skills. However, interacting with students at our many drop-in events and talking to them about what SG does was one of the most exciting parts of the role. We gave away lots of free SG products, which students love, to increase visibility.

As a recipient of the Legacy Leader Award, what legacy do you hope to leave at RIT?

With my position within SG on the main campus, I hope to have brought students one step closer to where we would like to be. I also participated in Women in Engineering outreach programs to introduce high school students to engineering concepts and hopefully get them interested in a career in STEM. It’s only a small step, but I hope these kids will be motivated enough to consider STEM and end up in a class with more students like them.

2022-06-03
Previous Post: An electrical outlet was secretly placed on a traffic light in Florida
Next Post: 12 areas of Cape Town will undergo electrical maintenance from June 6 to 12