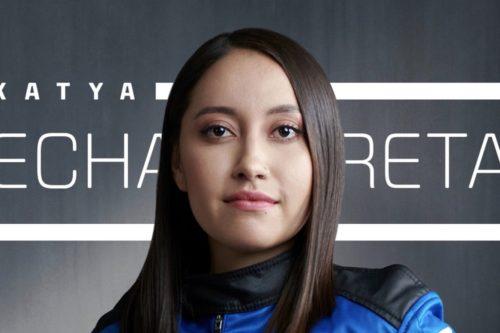 By: Rosa C. Calderwood
In: Electrical switch
On June 4, Jeff Bezos’ aerospace company Blue Origin performed its fifth human-crewed spaceflight. Among the six people making up the astronaut crew, one was a woman who made history: Katya Echazarreta, an electrical engineer born in Guadalajara, Mexico, became the first Mexican-born woman to travel in space .
Echazarreta, 26, worked as a flight engineer at NASA’s Jet Propulsion Laboratory. His experience includes five NASA missions, including the Perseverance rover and Europa Clipper missions. Echazerreta earned her bachelor’s degree in electrical engineering from UCLA and is currently pursuing a master’s degree in electrical engineering at Johns Hopkins University in Baltimore.

Blue Origin announced the crew on Twitter on May 9, and @katvoltage shared it on their own feed.

In another post on launch day, @blueorigin tweeted that Echazarreta’s mission is to “provide representation for women and minorities in #STEM fields.”

The team took off in West Texas on the New Shepard rocket for a 10-minute trip. The flight reached the edge of space in five minutes before parachuting into the desert near Van Horn, Texas.

The non-profit organization Space for Humanity sponsored Echazarreta’s flight. She was selected from more than 7,000 applicants in more than 100 countries.

“I dreamed about this possibility, but when it comes to something like this, you don’t really expect to be the one,” she said in an Instagram post shared by @spacehumanity.

After the flight was over, the organization shared the text of a note Echazarreta wrote thanking them for their sponsorship, which read in part, “The planet we all live on is so beautiful. Every time I close my eyes…I can see it. It’s etched in my memory… I want to thank each and every one of you who made this possible. I promise I will make the best out of it not only for me but for you. ”

Echazarreta is also a TV host and has documented her experience a bit on social media. She is passionate about her community and women, especially Latin American women.
“What I want you to know is that you belong here too,” she said in a statement for Space for Humanity. “You deserve it too. You can do it too. I believe this new era is about opening new doors and keeping them open for those who come after us.”
This story originally appeared on Simplemost. Check out Simplemost for additional stories.
2022-06-14
Previous Post: Global General Electrical Equipment and Components Market If…
Next Post: Taizhou Toplong Electrical & Mechanical Co., Ltd unveils a wide variety of quality air compressors and liquid nitrogen generators based on customer requirements