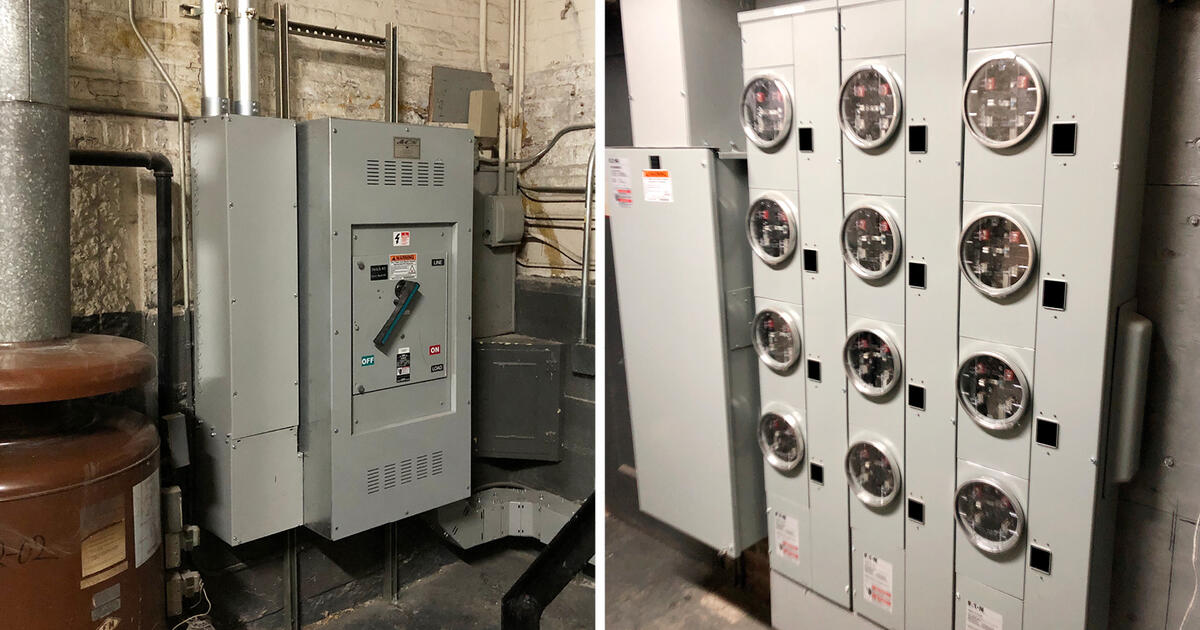 After electric upgrade, pre-war co-op is ready for the future

It doesn’t hurt to be lucky. You just have to ask Brooks Clarkchairman of the board of directors of the cooperative of 30 housing units 108 E. 86th St. In an effort to bring more electricity – and more amenities – to the 14-storey pre-war building, the council found itself in a privileged position to comply with impending demands. Local Law 97 of the Climate Mobilization Act. This law will force large buildings to reduce their carbon dioxide emission at specified levels from 2024 – or face hefty fines.

The adventure of this cooperative began in 2016, when the council called on RAND Engineering & Architecture study ways to increase the electrical capacity of the building. When the building was erected in 1924each apartment could handle one 40 amps load request. When it was converted into a cooperative in 1982an electrical upgrade meant half the apartments could handle 60 amps – enough to run a refrigerator and window air conditioner, but not enough to handle an electric stove, dishwasher, or washer and dryer. Modern buildings can handle approximately 125 amps per apartment.

The first phase of the project, which cost $70,000was to calculate the electrical needs of the building, then to modernize the connection box, where With Edison the wires enter the building and replace the electrical distribution equipment in the basement. An additional electric meter bank has also been installed to handle future upgrades.

While this work was underway, the city passed the Climate Mobilization Act in 2019, and the game has changed. Suddenly “electrification” was the big buzzword, as policymakers began to urge building owners to move from fossil fuels– infrastructure supplied with electric heating, cooling and cooking. As the power grid becomes greener, it is believed that getting rid of fossil fuels will reduce carbon emissions.

(Do you like what you read? To get Habitat newsletters delivered to your inbox for free, click here.)

Nzinga McBainan electrical engineer and project manager at RAND, was hired for phase two of the project, which involved finding a way to run higher capacity cables from the new basement infrastructure to the 30 apartments.

“There was no space inside the building to run new feeders,” McBain explains, “so we decided in phase two to run the feeders at the exterior of the building.”

vertical thirteen metal ducts – one per floor above street level – were mounted on the side of the building. These conduits, known as raceways, can accommodate wiring up to 125 amps, enough to power electric ovens, air conditioners, dishwashers and washer-dryers without tripping the circuit breaker. Another benefit was having all 13 ducts installed before the individual unit upgrades.

“This will save the expense of putting up new scaffolding and installing conduit every time a resident wants to add wires,” McBain says.

Cost of the second phase of the project $150,000says Clark, and that money will be recovered through a Fee of $17,500 shareholders will pay when they choose to upgrade their apartment wiring. What had started as an improvement in equipment had turned, by a stroke of luck, into timely preparation for an uncertain future.

“The job is done,” Clark said. “With this upgrade, we have enough electrical capacity to be able to comply with Local Law 97, although we have not yet determined exactly how we will comply. I want pre-war building boards to know that they have to plan for this. They need to know they need to upgrade their electrical systems – and it’s something they can do now.

After a pause, he adds: “The Climate Mobilization Act is what keeps me up at night.

McBain believes that, despite Clark’s anxiety, the co-op has done well. “When they started this project,” she says, “it was about providing the amenities that residents were asking for. Now, with Local Books and Buildings Law 97 trying to reduce their carbon emissions, this co-op has electricity that gives it a head start. »